I had an arrival today of some talking Inside Out dolls that I picked up on Ebay for a good price. They were sold together in the three so they all arrived together today.

These dolls are the Disney Store versions and originally they would have each come with a clear memory sphere ball that you could write a message inside too but these were missing theirs. I’m not too disappointed about that though. 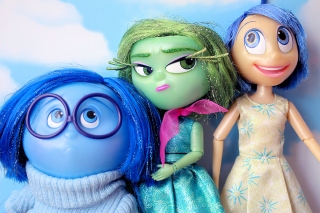 Sadness is my favourite of the three. I just think she looks the nicest and I like the variety of things that she says. You get her to talk by holding her hand, and she has on on/off switch on her back. She is the least pose-able of the three dolls though with her head moving side to side and slightly up and down; and her arms and legs move but her arms are one piece,not jointed in the middle and at the wrist like on the other two dolls but I guess it would have been a bit harder to do that with her and still retain her shape and character. As with all three of them, when she talks her face glows too. 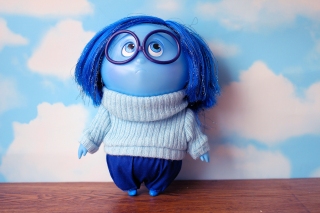 Disgust is my next favourite, I just love the look on her face and again, they picked some really great lines from the film for her to say. You hold her hand to get her to talk and she has an on/off switch on her back too. Her head moves better than Sadness, and she has more joints in her arms which gives a better range of posing options. The only thing I’m not crazy about are her glittery eyelashes. Also, all three of them are near impossible to stand unaided as they have tiny feet 🙂 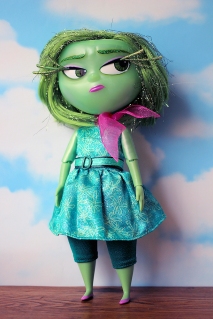 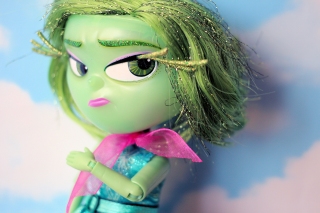 Joy is my least favourite because I just don’t think her face looks as nice or as authentic as the others. The talking Joy released by Tomy looks much more authentic. Also, when she glows when she talks, the area around her mouth doesn’t glow which looks a bit weird. Aside from those issues though, she is still pretty cute and again, says some great lines from the film. As with the others, you get her to talk by holding her hand and she has an on/off switch on her back. She has jointed arms like Disgust too so she does have a bit more range with regards to posing.