Its tomorrow!! Finding Dory is released in UK cinemas tomorrow!!! I am just so excited to see it!

Despite the fact that I haven’t seen it yet and have avoided watching anything about it except the trailer so its all as much a surprise as possible; I can already tell that Hank is going to be one of my favourite characters so today I wanted to share my Funko Pop Vinyl Hank figure with you.

I am slowly building my collection of Pop Vinyl, tending only to buy them when they are on offer/sale but I knew I had to have Hank as soon as possible.

His box is pretty typical of all the Funko Pop boxes, with a cartoon illustration of the figure on the front, sides, top and back. The back also shows the Dory figure that is also available. 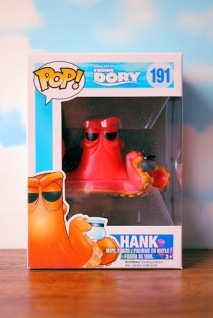 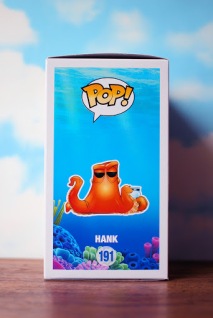 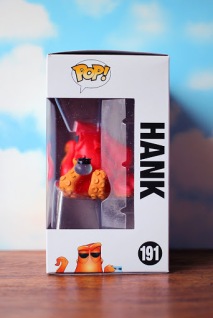 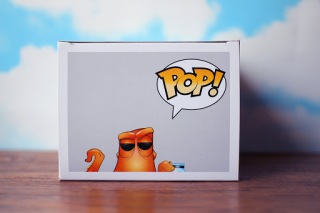 As with a few of the various Hank figures available, he is depicted with his coffee pot in tentacle. I like how they have made the coffee pot kind of clear so that it looks like it has water in it. The Funko Pop figures are always pretty cartoony but from what I have seen of Hank, they seem to have captured his facial look pretty well. His tentacle suckers are pretty cool too. I’m really pleased with him and would definitely recommend him as a good addition to any Pixar/Funk Pop collection 🙂 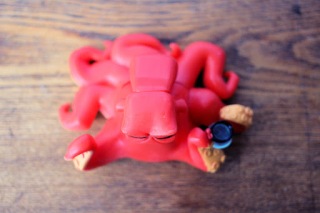 And finally, here are some pictures of him in my new favourite prop I made which is the fish bowl 🙂 Sorry that I keep using it for Finding Dory pictures but it just works so well XD