I have quite a few of the 2016 Disney Store Classic Dolls now that I have slowly been de-boxing
and today I want to share one of my favourite couples with you, Belle and Beast from Beauty and the Beast.

When I was a child, I had a bit of a crush on Beast and one of my favourite toys was my Beast figure from McDonalds so I’ve been wanting to get him in doll form for a while; and I couldn’t have him without beautiful Belle of course!

The boxes are kind of ok. They are pretty but I’m not a huge fan of these new mainly plastic boxes as they are a lot harder to keep in-tact when taking them out the box. The artwork on the back of the boxes is lovely though 🙂

The princesses in this new range come with a little companion figure and Belle comes with Chip. I completely forgot to take a photo of him, but to be honest, he’s not the greatest figure or representation of Chip in the world so you aren’t missing much 😀 Belle comes in her yellow dress which is really nice and glittery. I’m not a huge fan of her gloves as she looks like she’s wearing mittens but I can always take them off if they annoy me too much! Her face is really lovely and her hair is nicely styled so I am generally pretty pleased with her. I was having difficulty getting her to stand nicely though, hence why I didn’t get a full body shot of her (I’ll try again another day).

Beast is wonderful and horrible at the same time XD I love his outfit, his legs, the way they have padded his back out to give him his proper shape; and his face is just really lovely and captured well. However, you have to look at him from slightly above always as if you look at him straight on, his neck is too long and his big plastic head is about an inch away from his body and just looks horrid XD Goodness knows why they did that as I’m sure they could have got it fitting better; but never mind; he still looks gorgeous from certain angles. His tail is unfortunately a bit ratty too. It was all stuck to the box when I took him out so I had to peel it off and it still feels quite sticky now; plus the seam is really visible. So, he does have a few failings but I’ll look past them as I didn’t pay full price for him so I guess he’s ok considering.

Both being classic dolls, they are meant to work together and they really do. The scaling is pretty good with Beast being larger than Belle; and their colouring and the colours of their clothes go really well so they just look gorgeous together ❤ 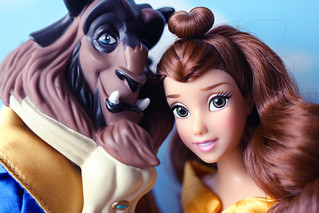 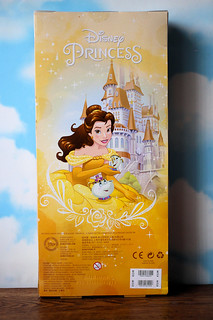 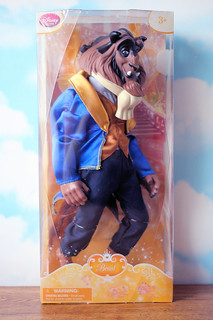 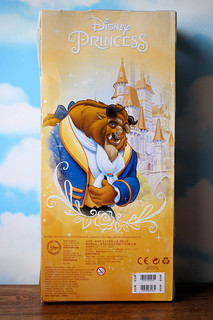 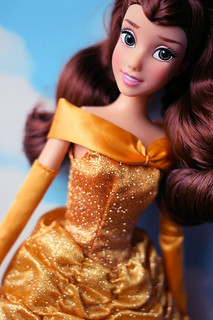 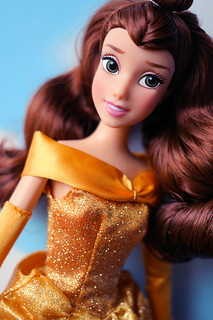 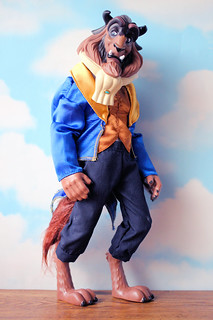 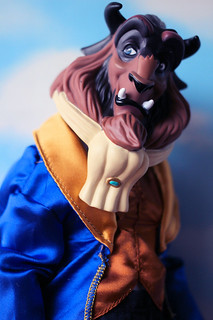 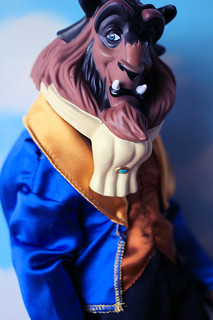 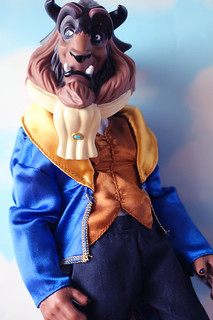 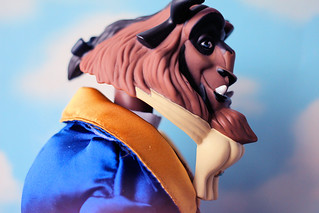 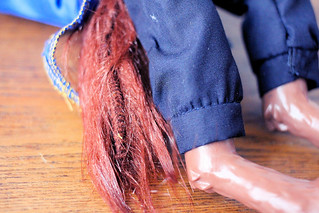 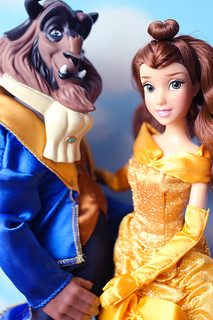 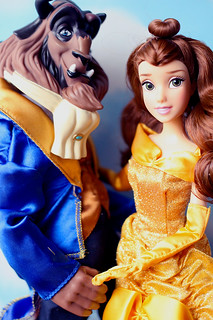 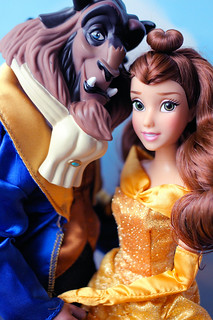 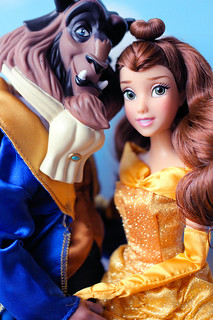