I hadn’t really intended to get this doll as I knew she was pretty big and I wasn’t sure where I would put her; however, two of the classic dolls I got recently were faulty and Disney couldn’t send replacements as they were no longer in stock so they asked me to choose something else from the store instead (or have a refund). So I decided to take the plunge and get her as I did really want to have something representing baby Moana in my collection.

I do have a couple of the big Animator dolls so I shouldn’t have been so surprised by her size when she arrived, but I was! She is slightly shorter than them, but chunkier. She isn’t officially called an Animator doll but they have released a plush version of her that IS part of the official Animator range so it will be interesting to see if they release another version of Baby Moana in the future. I hope they at least release one of the Mini Animator sets of her because that would be adorable 💓

Her box is quite pretty with a nice wave design and nice artwork of Moana and Maui on the front and back (though perhaps some artwork of actual baby Moana would have been cuter).

Straight out the box she looks pretty cute. Her outfit is nice but I don’t know why they bothered with the top since she doesn’t wear that in the film. It does look pretty cute though. Her face is painted really nicely and I think it is a good likeness for her. My doll has a couple of marks on the vinyl on her face which is a little annoying but I’ll get over it.

Her hair isn’t great but should be ok with a little tidy up; and her flower hair clip is VERY stiff. It wasn’t attached to her hair when I took her out the box and I managed to open it to try and clip it back on, but I can’t get it to snap shut at the moment so its just hanging on.

Overall, I really love the detail on this doll. Her sandy feet are just adorable and her little turtle friend is really cute. I’d definitely recommend her to anyone thinking of adding her to their collection. 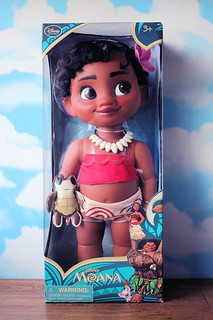 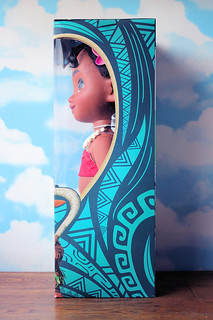 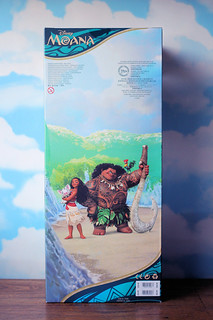 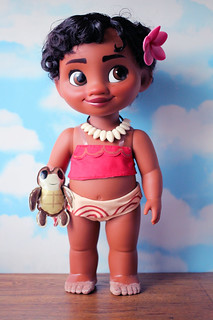 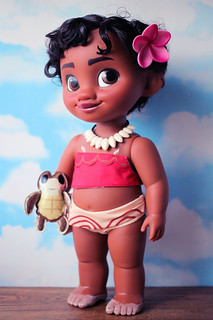 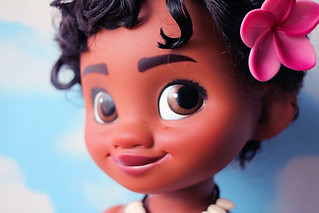 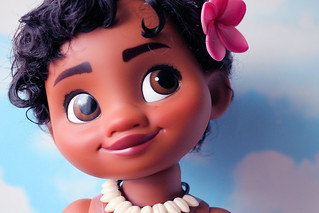 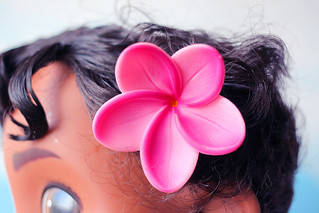 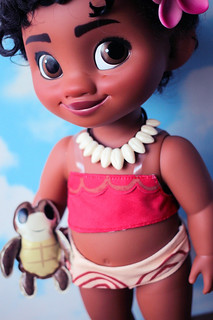 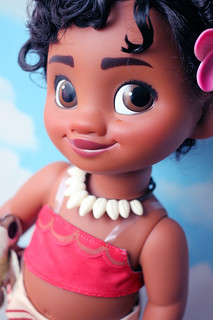 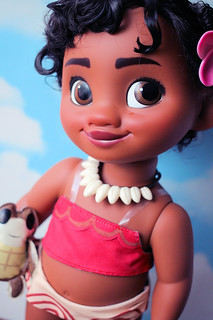 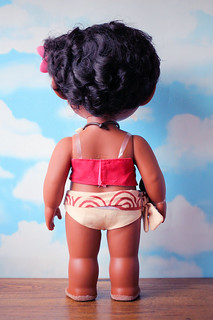 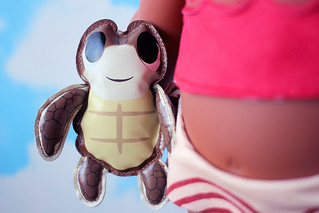 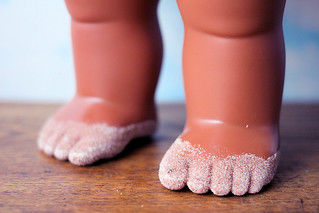 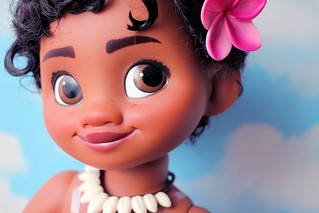 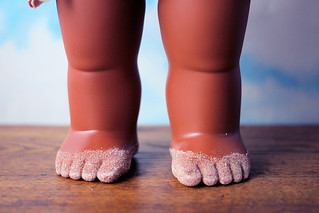 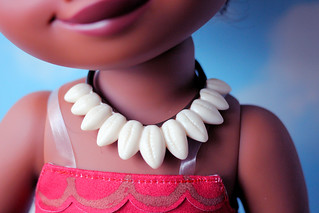