As promised, here is the fourth and final figure from the exclusive set released by the Disney Store when the film was released. This one is Remy’s dad, Django. The other figures available in this range were Remy, Emile and Git.

Again, the box is the same as for the other figures but with pictures of Django on it; and like all the others there is the little cardboard divider in the box with a background scene from the film printed on it which is great for photos. Django’s raft pieces consist of two bottles with a little wooden platform linking them together. As with the other figures, Django is really nicely detailed. His facial expression is awesome; I love his teeth and his droopy nose, they captured the look of him being an old rat really well. Again, like the others, his is slightly poseable too. The final picture here shows all the raft pieces from the different sets connected together to make the one larger raft. Its pretty awesome! I will take some better pictures of it soon with it all set up with all the figures on it too. 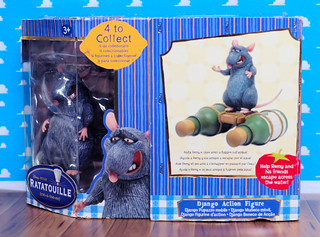 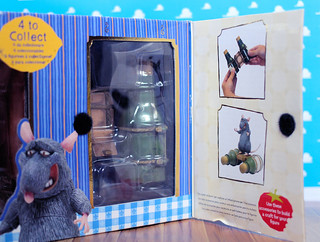 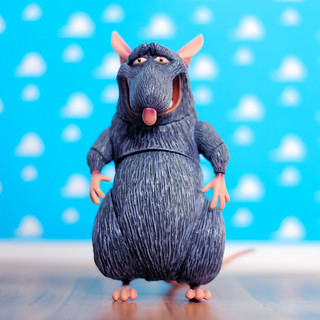 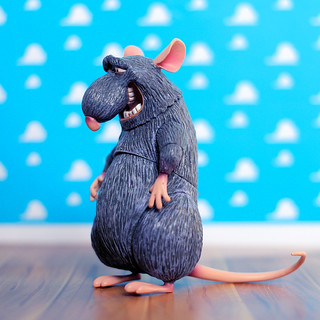 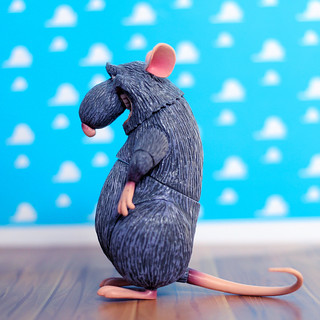 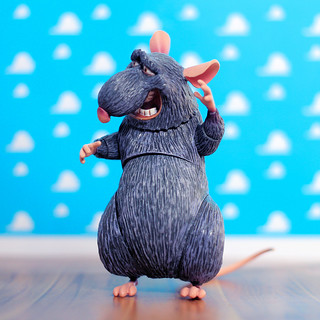 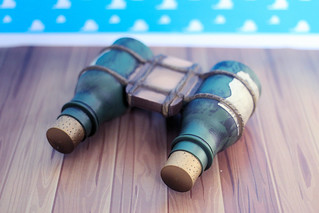 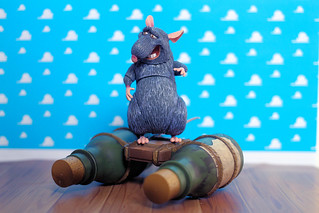 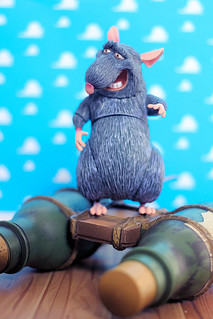 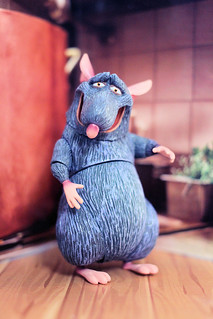 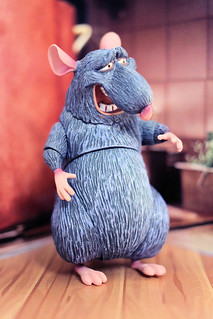 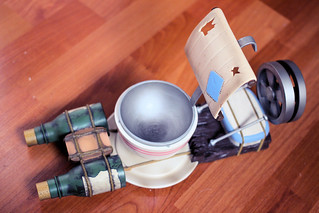