I actually got this guy before Christmas but I have only just got round to re-organizing things this week to find a place for him to go on display, so finally today I have de-boxed him!

He is the Feature Maui figure from the Disney Store (from the film Moana) and he is huge! It was a bit of a shock when he arrived, haha!

Anyway, he is really awesome. He’s nice and chunky and comes with his magical fish hook which lights up when you press the button on his front. He also says several phrases when you press the button, such as “Do you know who Maui is?”, “Only the greatest demigod in all the South Pacific”, “With his magical fish hook he slowed down the sun”, “And I should know, haha, because I’m Maui”, “Haaaaaaaa”, “Hahah, let me show you how it’s really done”. He also sings a large part of his song, “You’re Welcome” which is fab 💓

His arms can move up and down at the shoulder and bend at the elbow; and his legs can move forwards and backwards and out to the sides. His necklace is an actual plastic piece rather than just painted on, but you can’t remove it. The skirt is made from a rubbery material and quite flexible. The details of his tattoo’s are awesome; and he comes with a little “magical” sponge which you are supposed to rub on specific spots of his body to make more tattoo’s appear but I have tried that a few times and haven’t been able to get it to work yet so I’m clearly not getting the temperature of the water right. However, I’m not too fussed about that anyway as the rest of him is awesome enough 😀 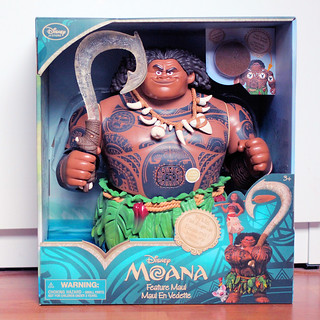 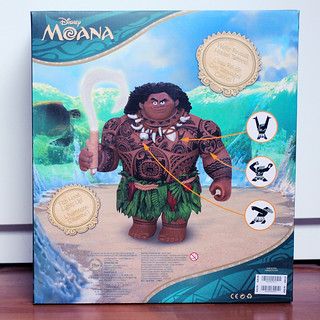 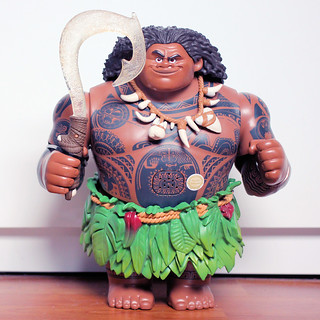 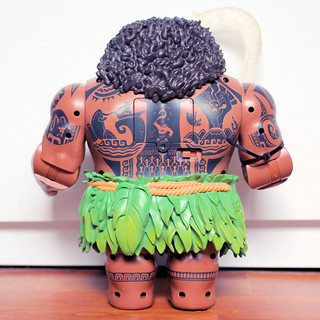 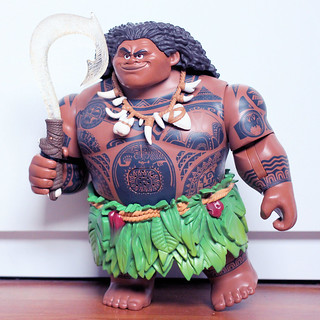 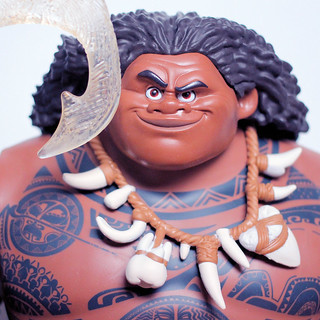 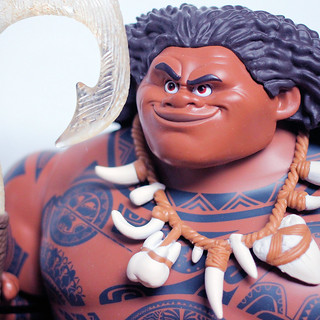 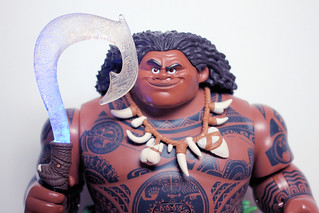