When A Bug’s Life was released, I remember that I was never hugely impressed by the toys that were available for it, despite loving the film; and looking back now as an adult, that hasn’t massively changed. However, the series of toys made for the film that I did really love and always wanted were the micro playsets released by Mattel. They were a bit like Polly Pocket’s and there were various ones you could collect. Over the years I managed to pick up a couple of incomplete ones at carboot sales but I was lucky enough to find someone selling a whole bunch of complete sets on eBay a few weeks ago and so I snapped them up! None of them were boxed but all were complete with instructions.

The first one I will share with you is the Circus Battle Wagon set. It consists of P.T. Flea’s circus wagon and comes with P.T. Flea himself to drive it. The sides of the wagon fold down to reveal launching spools on either side that shoot out a pencil and bottle cap; and the roof flips up to reveal a firing eye dropper canon that shoots out a paintbrush. Also, when you put P.T. Flea on the seat and move the wagon along, he bobs up and down in his seat. My favourite thing about this set though is the gorgeous image on the side of the wagon ❤

Check out the pictures of the set below and check back soon as I’ll be sharing the rest of the sets I got over the next few days. 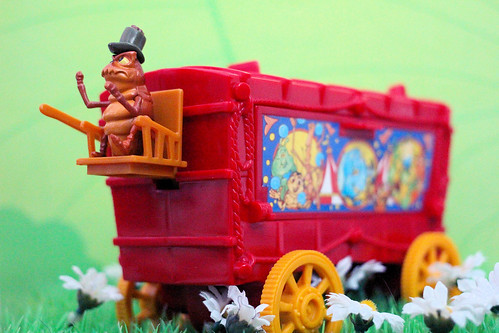 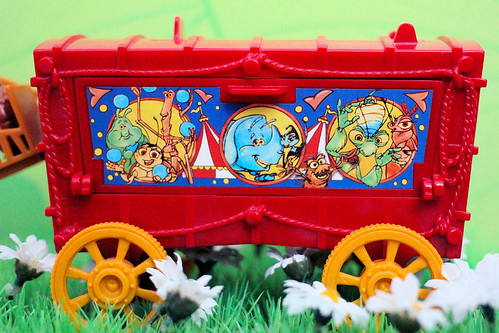 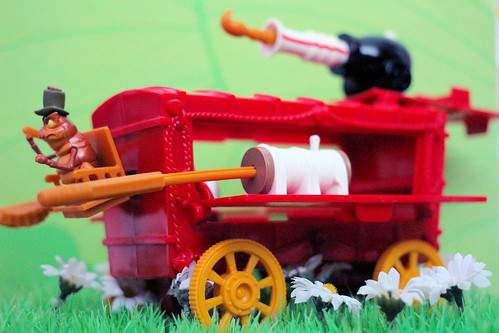 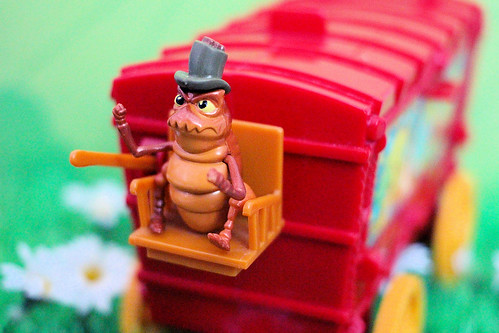 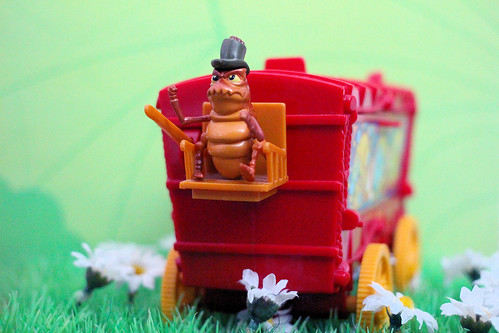