The final of the big micro A Bug’s Life playsets I got in the bundle on eBay was the Hopper Hideout set. In this set, Hopper’s wings open and the back of his head folds up to reveal the scene inside which features an ant dungeon, a rotating leaf bed, a battle arena, an attack glider with berry bomb and a firing canon.

The set comes with figures of Flik, Princess Atta, Thumper and Hopper; as well as the attack glider which Flik can fit into.

I still have a couple of the small figure add on packs to show you over the next few days but in terms of the larger sets; I still now need to find the Bug Circus playset but I haven’t seen that one come up in the UK very often so I think it may take a while! 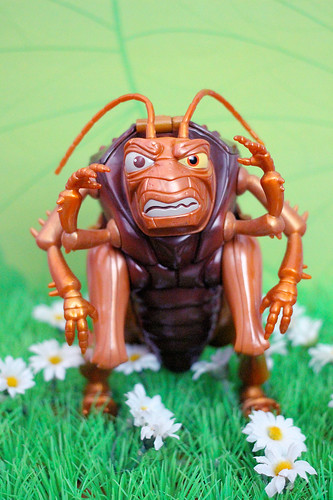 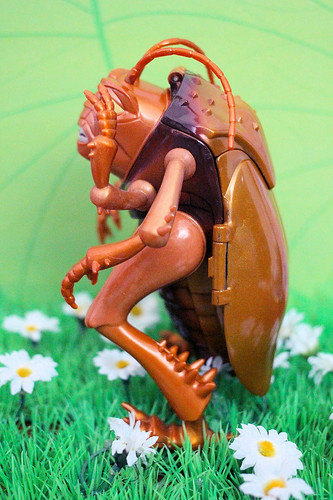 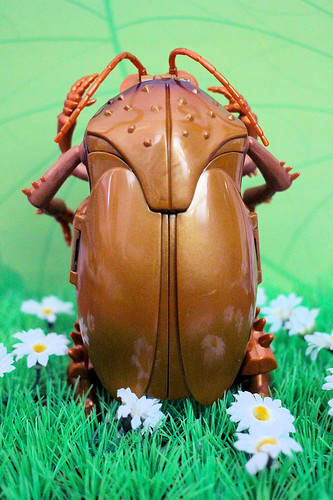 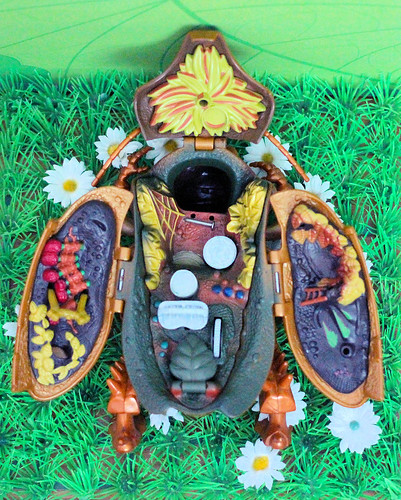 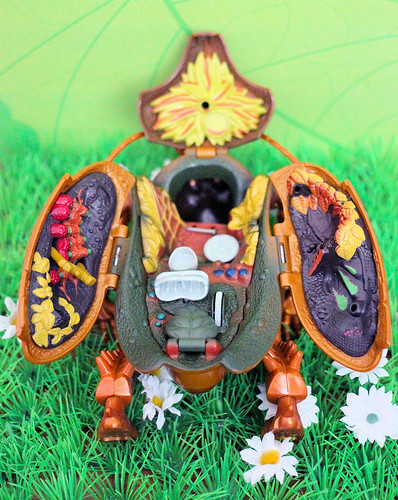 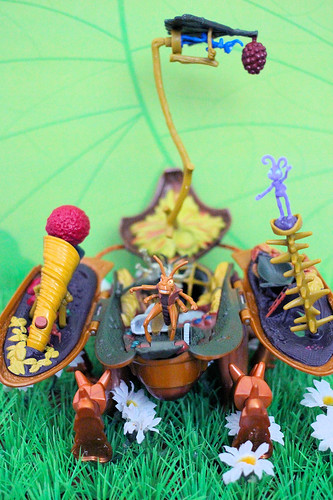 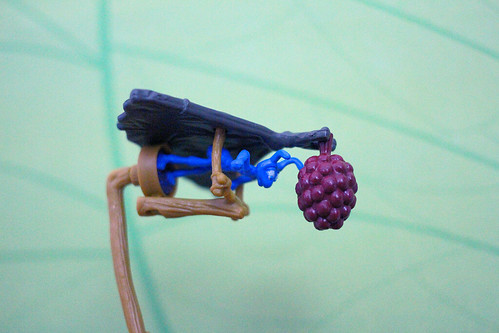 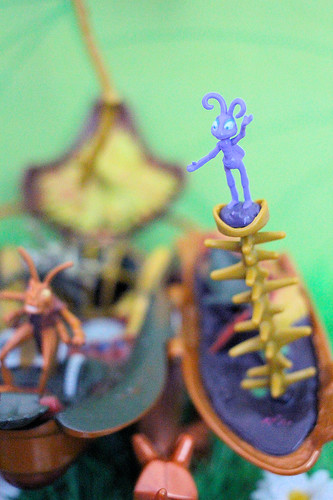 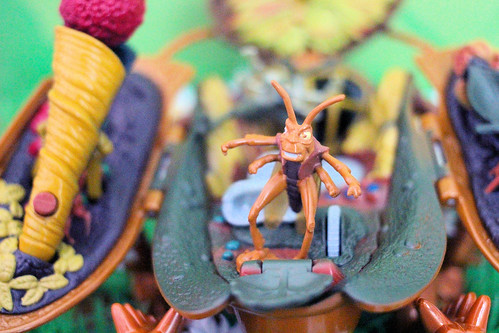 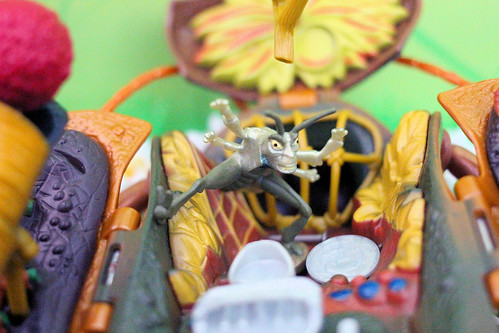 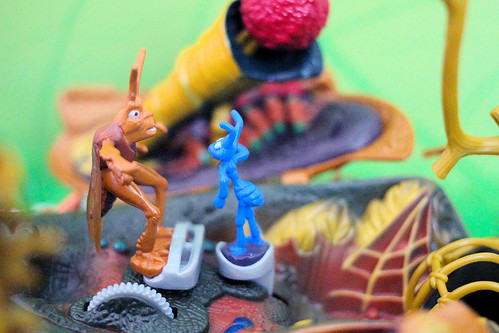 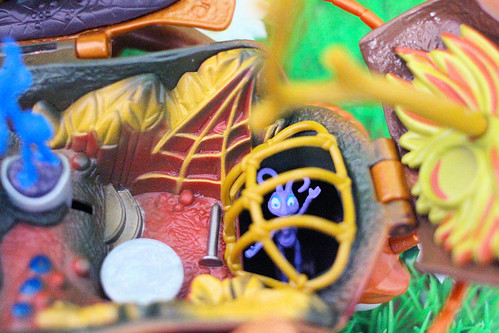 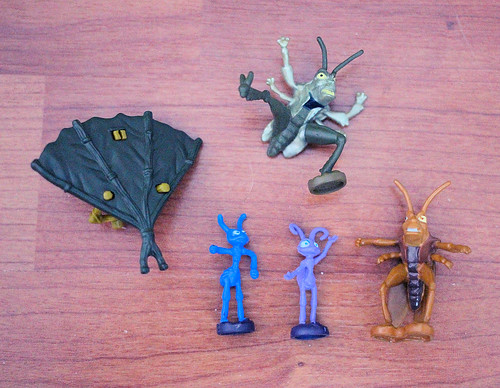